"We have had accounts from several parts of the Island, of the mischiefs done by the Earthquake. From St Anne's we hear of 1,000 acres of woodland changed into the sea and carrying with it whole plantations. But no place suffered like Port Royal; where the streets (with inhabitants) were swallowed up by the opening of the Earth, which then shutting upon them, squeezed the people to death. And in that manner several were buried with their heads above ground; only some heads the dogs have eaten; others are covered with dust and earth, by the people who yet remained in the place, to avoid the stench." An eye withness account

Port Royal was known throughout the New World in the 17th century, as a headquarters for piracy, smuggling and debauchery. It was described as "most wicked and sinful city in the world" and "one of the lewdest in the Christian world". On the morning of June 7, 1692, a massive earthquake caused the liquefaction of the soil and brought on a tsunami that devastated the town, killing thousands.

From historical accounts, the ground did not actually shake but began to move like waves on the ocean. According to some accounts, the ground turned to water right under people's feet as they sank into the water. Others say the ground opened up into vast pools of water. The sand became so saturated with ocean water that it was unable to support any kind of weight. People, buildings and objects just sank into the water, and just as quickly as the water rushed in, the water rushed out again leaving people and objects half buried in the ground.

The earthquake caused the entire western end of the town to slide into the ocean. It has been speculated that the solid limestone foundation was pushed upwards by the earthquake causing the sand that had been saturated with ocean water to slide to the sides rather that just break open. The wooden structures built by the Spaniards faired better against the quake than the newer ones built with stone and brick.

There were attempts made to rebuild the city, starting with the portion of the city, about one-third, that was not submerged. These attempts had mixed success. The initial attempt at rebuilding was destroyed in 1703 by fire. Subsequent rebuilding was hampered by several hurricanes in the first half of the 18th century, and soon Kingston eclipsed Port Royal in importance.

In 1735 a naval base was established once more at Port Royal for the British West Indies Squadron in its struggle against the French. 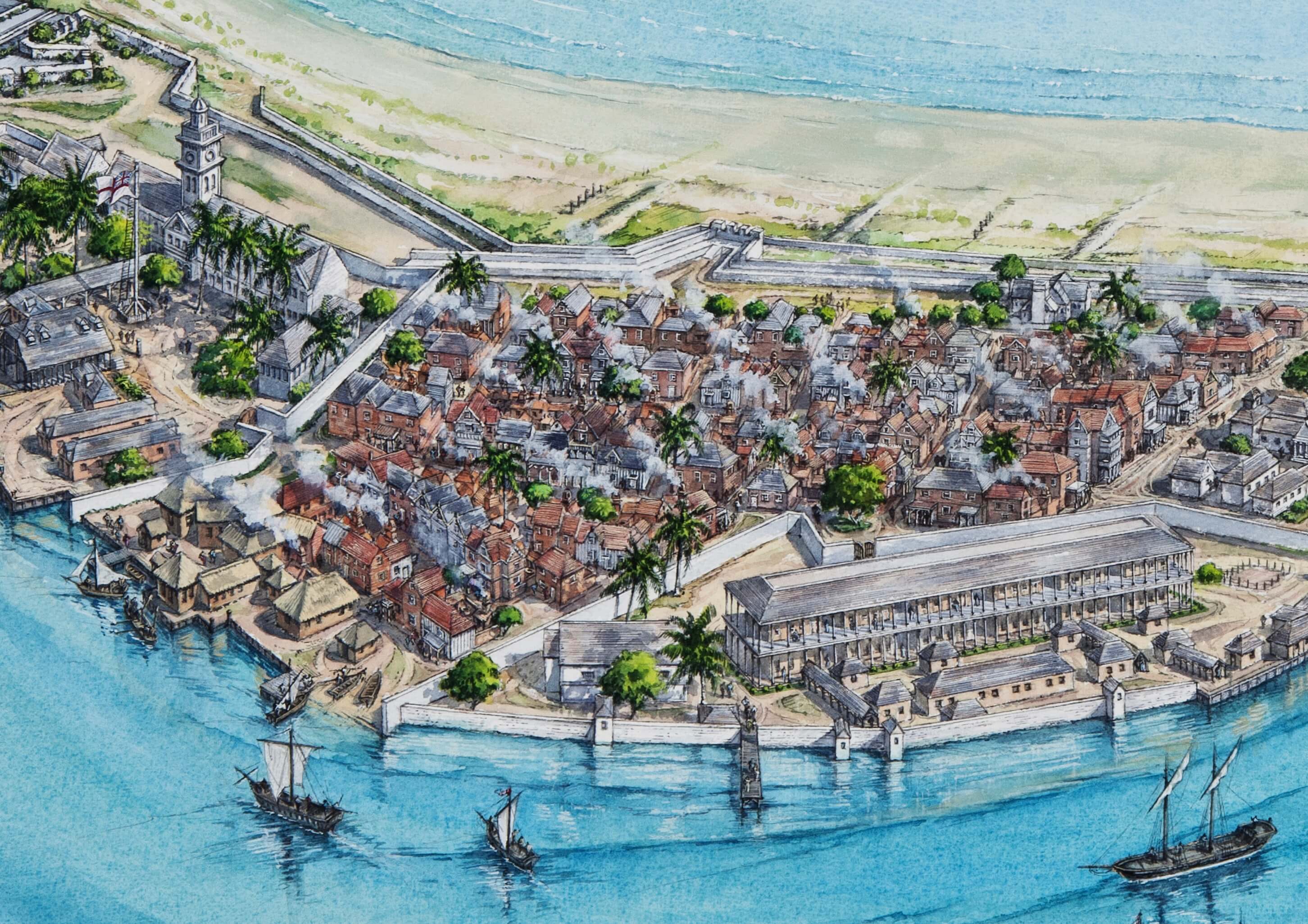 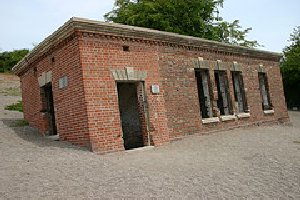 Today the area is a shadow of its former self with a population of less than 2,000. It's is a quiet little town, with only a few relics of its romantic past such as, Fort Charles at the entrance to the harbor once under the command of Horatio Nelson, St. Peter's Church, and a museum displaying some treasures resurrected from the sea.

The town was hit by a tidal wave shortly after the earthquake ended and many people who had been half buried by the quake were drowned. Over two thousand people died in a matter of minutes. The cemetery located outside of town on the Palisadoes peninsula was opened up by the quake and most of it slid into the sea.

Several ships were also lost or damaged in the harbor. A major setback was that the ocean had separated the city from the mainland by reclaiming parts of the penisula making it difficult for the rest of Jamaica to assist.