The Sunken City of Port Royal

Shoreline before the Earthquake

Shoreline after the Earthquake


It is rare in archaeology that one gets a glimpse at how things were at the exact moment a city was destroyed, and, on the rare occasion when we do, it is as if time froze opening a portal into the past to see life and buildings as it existed then.

One such catastrophe was the earthquake of 1692 that destroyed the city of Port Royal in Jamaica. Once known as the "Wickedest City on Earth" for its concentration of pirates, prostitutes, rum and debauchery, the portion that sunk is now a city preserved undisturbed in the bowels of the oxygen-depleted waters of the ocean, offering nautical archeologists a treasure trove waiting to be discovered and researched.

On the morning of June 7, 1692, in a matter of minutes, a massive earthquake swallowed buildings, streets, houses and their occupants into the depths of the harbor of Kingston. While some areas of the city were shattered by the earthquake, other sections -- remaining almost entirely intact -- simply slid or sunk through the process of liquefaction into the sea.

How the Shoreline changed after the Earthquake 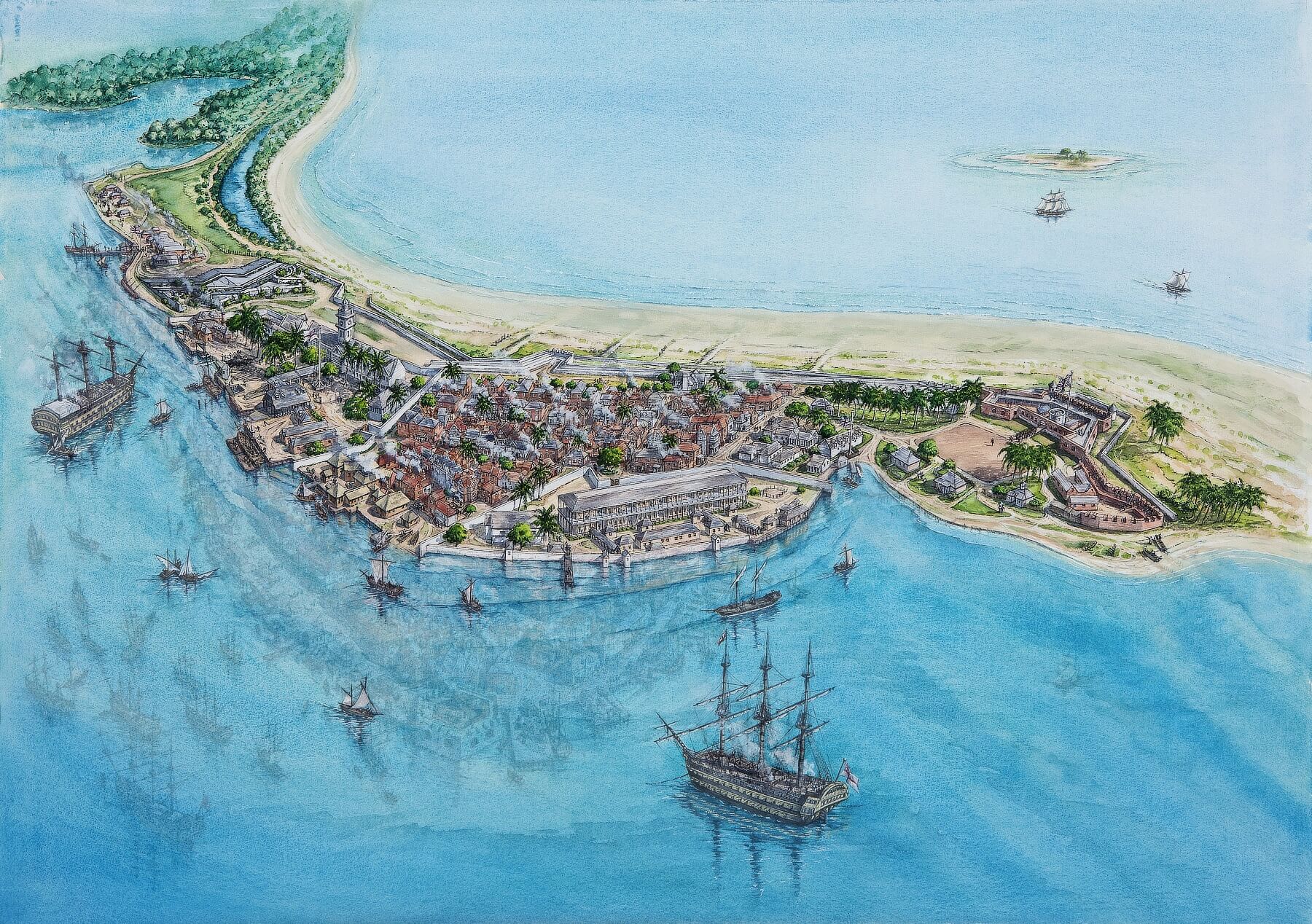 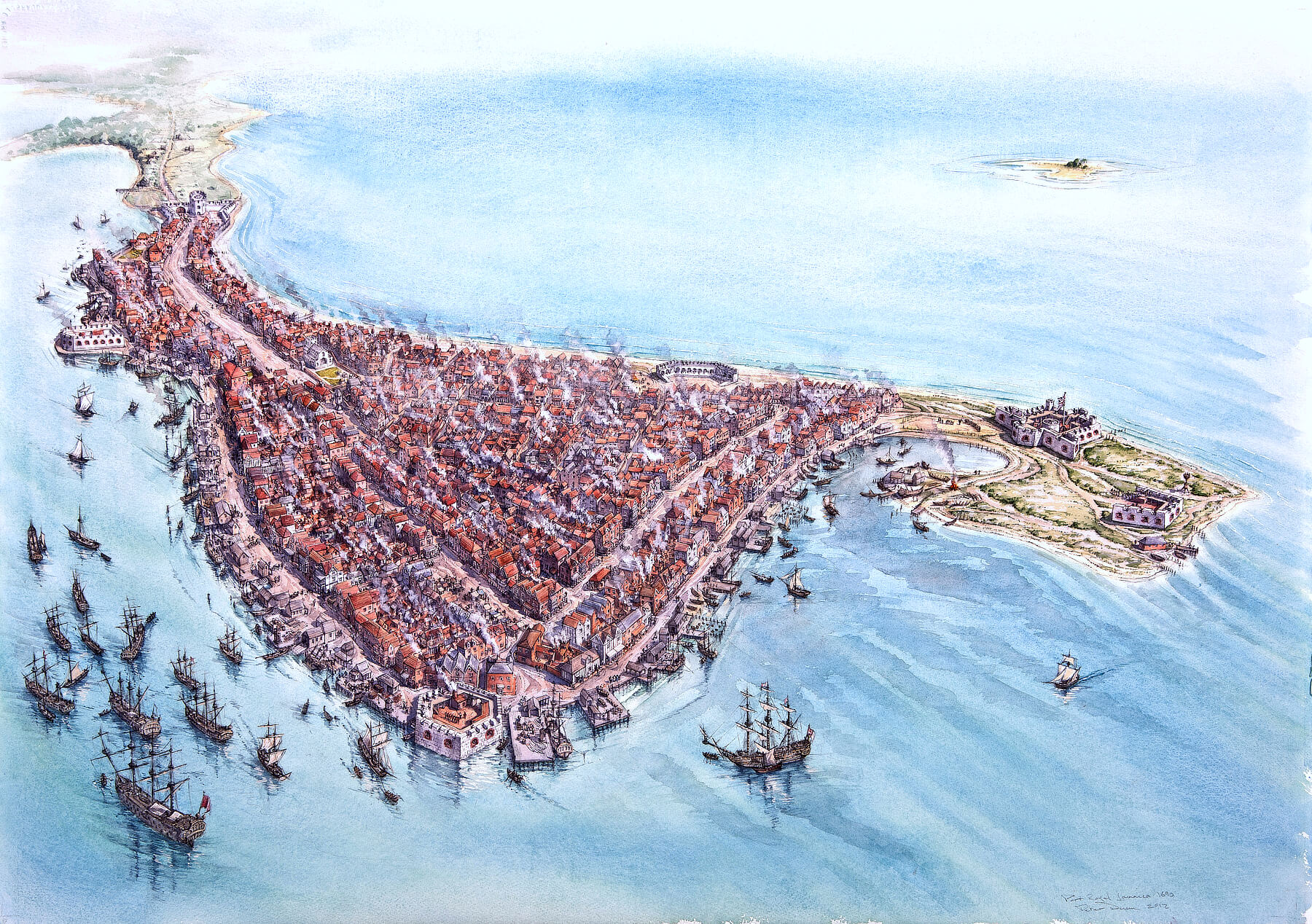 Port Royal in 1692 before the earthquake

Port Royal in 1692 before the earthquake

The sunken city of Port Royal is listed on the UNESCO tentative list of sites for consideration for inclusion in its list of World Heritage sites. The organization describes the sunken city as follows:

Port Royal is the only authentic sunken city in the Western Hemisphere. Many of the materials found in the underwater city of Port Royal, are perfect expressions of authenticity, found just exactly as they were originally being used or where they were stored. Cast-iron skillets and pots were still in the hearth with charred wood from the fire concreted to their surfaces. Stacks of pewter plates were found as they fell from their storage space under the stairs in what is surmised to be the serving area of one building. The remains of children were found among the broken walls of their home.

The sunken city of Port Royal has been the subject of research since the mid-1900s if not earlier. The most extensive body of work was done in 1981 over a period of 10 years by Texas A&M University in conjunction with the Jamaica National Heritage Trust and the Institute of Nautical Archaeology. The underwater excavations over the period were focused on the submerged remains of Lime Street near its intersection with Queen and High Streets in the commercial center of the town, one of the most important streets in the pre-earthquake city.

The current playing field in the town, is identified as the former site of Lime Street. From there, the street ran through an area that is now submerged and well-preserved with an assemblage of underwater buildings. The location has major significance as an archaeological site.

Eight buildings have been investigated, yielding an invaluable bounty of artifacts in situ. Five in particular exemplify the variety of architectural styles, ranging from a simple frame building with earthen plaster to well-built, multi-storied brick structures, found in the city center at the time. 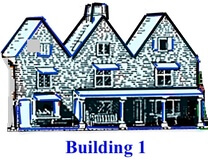 Building 1, is a 53ft wide by 47ft deep brick building, consisting of 6 rooms, with the 3 at the front aligned with the south side of Lime Street and an additional 3 rooms to the back.

Based on the assortment and locations of various recovered artifacts, the building appears to have housed 3 different shops. One being a combination of a cobbler and wood turner's shop based on artifacts of leather scraps, shoe soles, a wooden lathe and some planks. Another appears to have been a place for butchering and/or food preparation based on a large quantity of cut animal bones and sea turtle shells. Finally, there appears to have been a tavern, based on the large number of recovered artifacts associated with the selling and consumption of alcohol.

The building appears to have had a second floor, based on the remains of a stairwell and the volume of fallen bricks on the floors. The upper floor likely served as living quarters.

Building 2 is a poorly preserved frame building, with fragments of a plaster floor and wood planking for a floor. Building 2 faced Lime Street, but its poor condition made it difficult to assess its size or function. 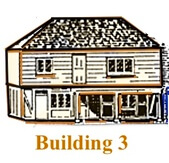 Building 3 is a 38 ft. wide by 27 ft. deep timber-framed structure. It has raised sills on a mortar foundation with large posts, suggesting it had two stories. The stairs were possibly located at the rear.

Two front rooms face Lime Street, with two rooms in the back. The remains of an exterior kitchen were also found. The building appears to have been used as storage for the various activities in the adjacent buildings and for the nearby outdoor market, based on various measuring scales and weights and the large number of unused white clay tobacco pipes and corked and monogrammed wine bottles.

Buildings 4 and 5 are parts of a larger complex consisting of at least six rooms and three backyards. The complex represents at least two or possibly three houses or combination of houses and shops.

The earthquake caused some structural displacement of areas in building 4, making the architectural layout or its potential function difficult to ascertain. Doorways, floor and walls were displaced by several feet and a 70 ft. long section of a ship came to rest in the middle of the rooms after ploughing through the front wall. A result of being washed from the harbor by the tidal wave that followed the earthquake. One guesses from the assemblage of domestic/food preparation artifacts in Building 4 that it was some kind of residence/accommodation, perhaps for the servants/slaves who worked in Building 5.

Building 5 has a separate entrance, a plastered floor and a collection of pewter plates suggesting it was possibly used for entertaining or for serving food to patrons such as a restaurant. Stacks of about 25 pewter plates were found in a cupboard under the remains of the staircase. An assortment of unused white clay smoking pipes and uncorked glass bottles located near the door, proposes the possibility that this area functioned as as a storage space.

Another room contained artifacts associated with food preparation, such as cast-iron and brass cooking pots, as well as a large brass strainer and a silver spice grater. Remains of a hearth, oven and several measuring weights in the old English wheat system were also found in this area indicating the presence of kitchen with bread production.